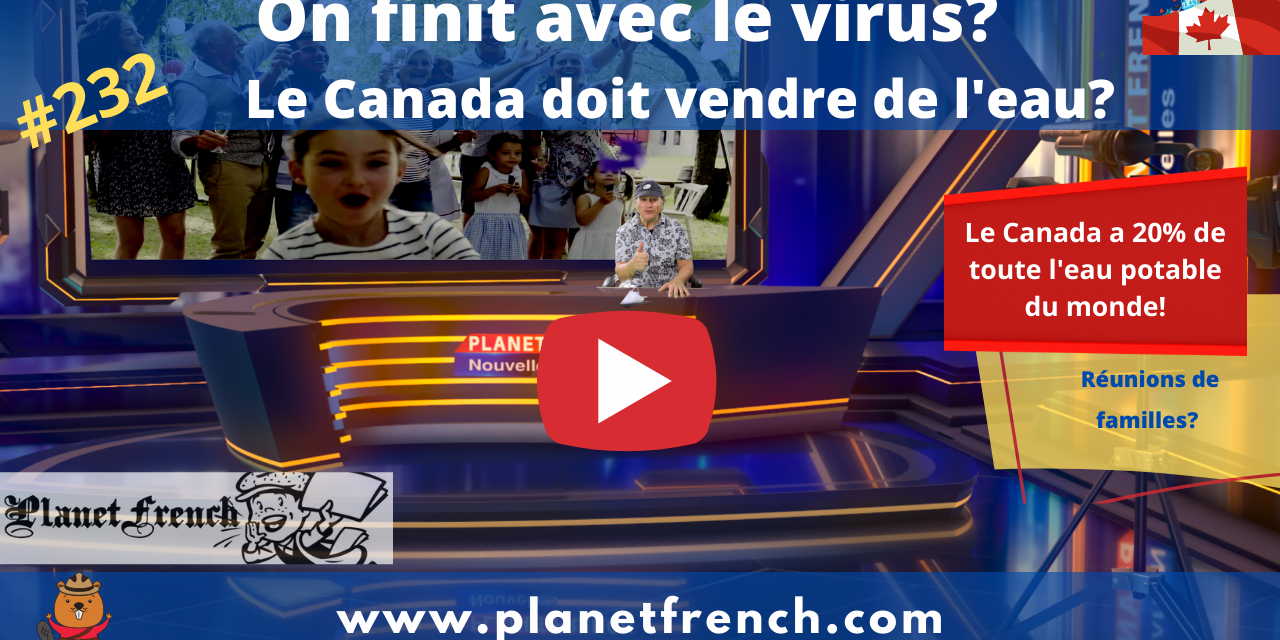 Planet French weekly Canadian news and current events episodes are mostly mindless fun in easy French, but sometimes someone forgets to turn off the camera and we accidentally film something slightly thought-provoking.

In the episode “Est-ce que le Canada doit vendre son eau?”, we offer a simplified, sanitized, fumigated, pasteurized, student-appropriate version of the following. But let’s chat amongst adults for a moment here, shall we?

We, Canada, could use money from selling some of that water. Canada is ranked way down to number 19th in GDP per capita, according to the IMF.

Norway, by contrast, is ranked #4.

Why couldn’t we sell our water? It’s a national resource. The emirates sell their oil. We have some too, but it’s expensive to get out.

And there’s no danger of us hitting the big times with maple syrup last I checked. You’re not likely to hear someone at the White House say, “Mr. President, the Canadian sugar shack princes are landing their Gulfstream G700 at 0:900 hours”.

Norwegians are richer than we are. Why should they be? Norway has an oil fund with a worth estimated at over $190,000 USD per citizen. They sell their natural resources, so why shouldn’t we? Our water’s cleaner than our oil, and we sell that.

Selling water after selling oil is like washing your mouth with soap after saying an English word in a French Immersion class.

Some say if we don’t establish that we’re selling our water soon, other countries will demand we give it to them, by using technical arguments. But is our water renewable, and do we have enough of it to sell?

I’m no hydrogeologist, but it looks like out of that 20% of the World’s fresh water we have, 7% is renewable and we’re still only 1/2% of the World’s population. Yet many Canadians are strongly against the idea of selling some of our water.

Students are passionate about social justice (see the racism and George Floyd series on Planet French), and about the environment. So we ask them to discuss the issue and comment on Planet French in the comments box under the episode. Feel free to comment as well, in French if possible.

This issue allows us to dovetail nicely into teaching them about the water cycle, in levelled French, with episode #146. Here is a link to episode #146.